Purnululu National Park and the Bungle Bungle are incredibly fascinating and captivating phenomena for a number of reasons. Due to the remoteness and huge scale of the Park, there are areas that may not have been seen by human eye for thousands of years. However, as the years go on, we are learning more about this amazing part of the world. Here are three things you may not know about Purnululu National Park and the Bungle Bungle! 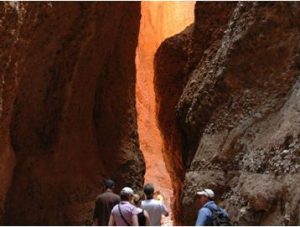 Purnululu National Park is a huge expanse of beautiful scenery and breathtaking views – so large, in fact, that the Park covers more land than the home of Australia’s capital city – the Australian Capital Territory. The Park covers just over 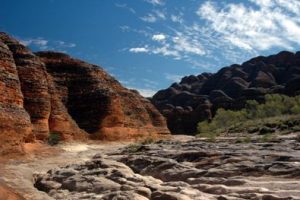 2397 square kilometres, in comparison to the Australian Capital Territory, which covers approximately 2358 square kilometres. Considering the sheer size of the Park, it’s no wonder why many tourists opt to view the Park via a scenic flight, or else under the guidance of an experienced, local guide on a walking tour.

The Bungle Bungle is over 350 million years old, and has held a significant role in Indigenous culture for more than 40 000 years. However, it was only 1983 that the Bungle Bungle was spotted by those from the outside world. In other words, non-Indigenous people have only known about the Bungle Bungle for 0.0000001% of the time that it has existed. This concept only somewhat puts into perspective just how ancient this area of land truly is. As outsiders are such new visitors to this area, it can be beneficial to explore the Park alongside a local Indigenous guide – meaning that you get an additional 39 965 years of knowledge and understanding!

Purnululu National Park is renowned for the iconic black and orange striped beehive shaped domes scattered throughout the Park. A highly complex geological process, alongside millions of years of corrosion and exposure to harsh conditions have resulted in the formation of these domes. This is of huge interest to geologists across the globe. Underneath the outer crust of black and orange is sandstone – which is protected by this exterior shell. Scientists refer to this as cone karst, and it is widely accepted that the Bungle Bungle is the most impressive example of this process worldwide. However, cone karst formation on sandstone is, in fact, a reasonably unexplored scientific area, and therefore the Bungle Bungle remains a fascinating mystery to geologists, geomorphologists, and visitors alike!

The Interesting Sights from a Kimberley Air Tour Kununurra