The Kimberley region in the North of Western Australia produces some of the most unique and picturesque photos that you will ever see. The contrasts between the wet and dry season give an amazing insight into the differences the rain can change the landscape and the amazing waterways can be produced from a monsoonal climate. 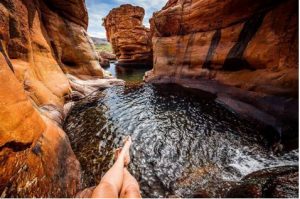 The above photo was taken by Landi Bradshaw Photography at a secret location near Kununurra, WA. On an exclusive Kimberley outback tour by helicopter, they did a tour of the Cockburn and Carr Boyd Ranges and stopped at a beautiful swimming spot that can only be reached via helicopter. These pools of crystal clear water seemed to continue on forever. 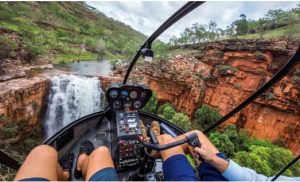 This awesome shot by Ben Broady, gives a prefect perspective of a HeliSpirit flight during the midst of the wet season. The huge benefits of helicopters can be seen in this photo as they are able to get up close and personal to amazing cascading waterfalls. The wide-angle views that a helicopter offers allows you to capture the best of the scenery. 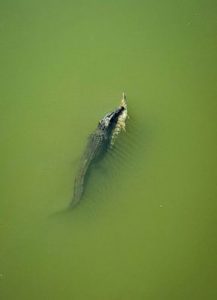 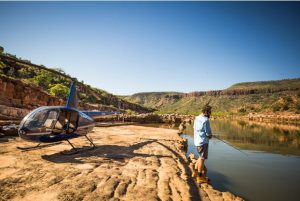 This photo is of one of the best Kimberley outback tours that you could go on. Heli-fishing by HeliSpirit is a tour that takes you to awesome remote areas that are only accessible by helicopter. Heli-fishing is a great opportunity to experience the best of the Kimberley region, as well as the opportunity to catch a huge Barramundi. HeliSpirit also provide all the fishing gear as well as a lunch and a refreshing Matso’s beer. This photo was taken by Moby Dick Content. 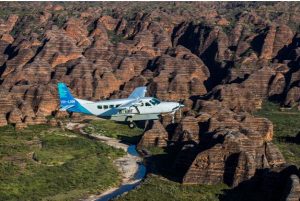 The above photo that was taken by Paul Pichugan of an Aviair tour flying over the Bungle Bungle Range. This Kimberley safari tour showcases the best attractions around Kununurra, with great views of Lake Argyle, cattle stations, multiple ranges and the Purnululu National Park. This tour from Kununurra down to the Bungles can also land and do a guided Kimberley tour of the National Park. 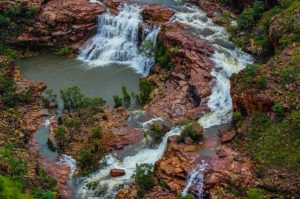 Experience a waterfall flight with HeliSpirit out of Kununurra and potentially see scenes like above, then jump of a helicopter for the ultimate Kimberley outback tour. You can even stop at a secluded waterhole for a picnic and a swim.

One Of The Best Kimberley Australia Tours